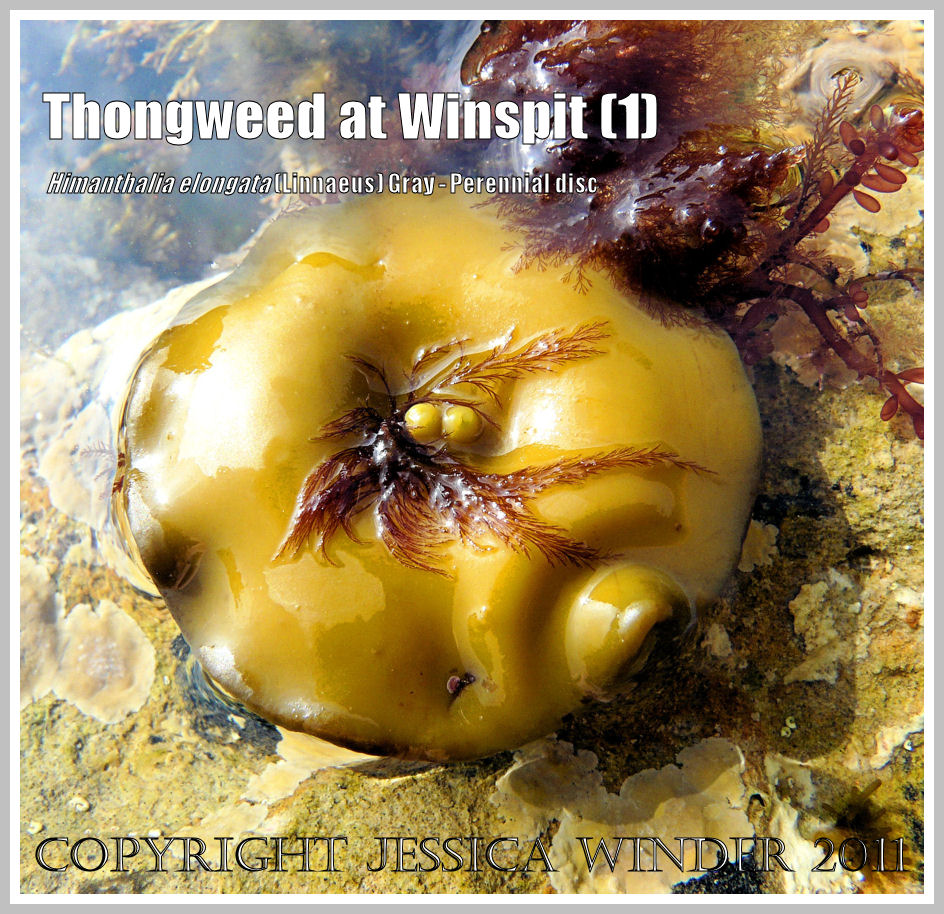 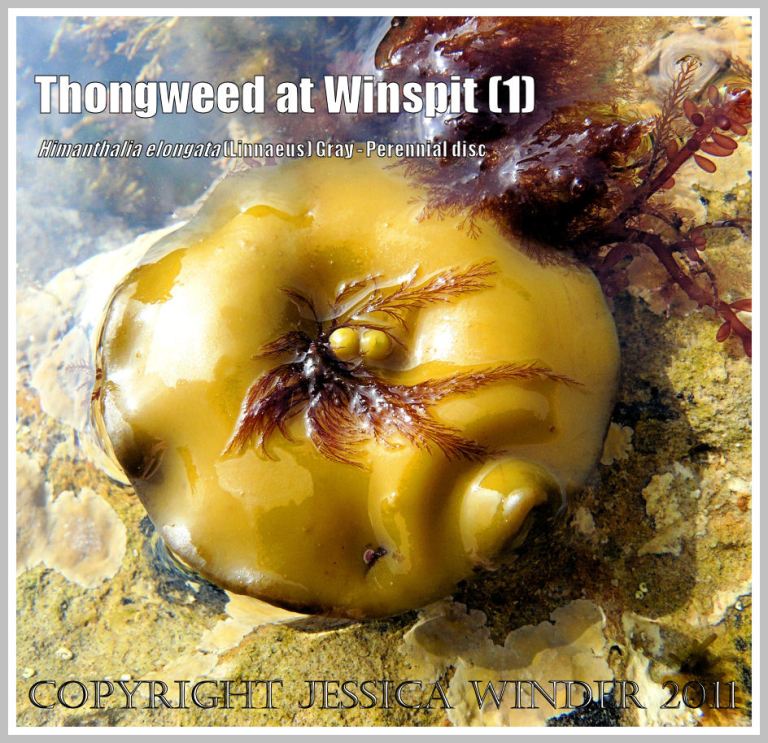 Masses of the  olive-green seaweed, commonly known as Thongweed,  are a frequent sight on the seashores along the Jurassic Coast. The Latin name for this type of brown alga is Himanthalia elongata (Linnaeus) Gray.

These tangled stringy heaps represent just a part of the whole seaweed. They are the seasonally produced free-floating reproductive parts. They are cast off periodically from the longer-lived, fixed, part of this member of the group Phaeophycae. The perennial part is permanently fixed to the substrate in deep inter-tidal rock pools low on the shore or off-shore. It is not so frequently observed or recognised as the straps.

The perennial part of the alga is surprisingly small given that the fertile straps can be more than two metres long. The plant starts off as a small club-shaped structure a few millimetres wide and attached by a short stalk to the rock. The swollen tip gradually enlarges and flattens out into a roughly circular, flattened disc about 30 mm wide with a dimpled or concave surface – resembling a button or mushroom.

Photographs of this structure are shown above and below. They were found in pools on the rock platform at Winspit – near to extreme low tide – growing on Pink Paint (a calcareous encrusting alga) amongst Coral Weed and other filamentous red seaweeds. Two small bumps in the middle of the cupped surface indicate where the reproductive straps were once attached.

The long straps change from their original light olive green colour to a more yellowish shade with brown spots when they are ripe and ready to shed the reproductive products into the sea. This is shown in the photographs below.

Thongweed has also been described in earlier posts. These include: 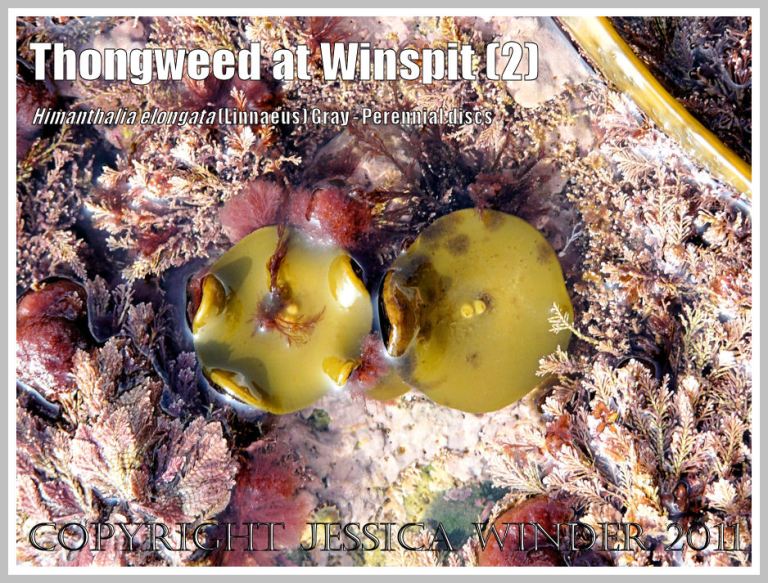 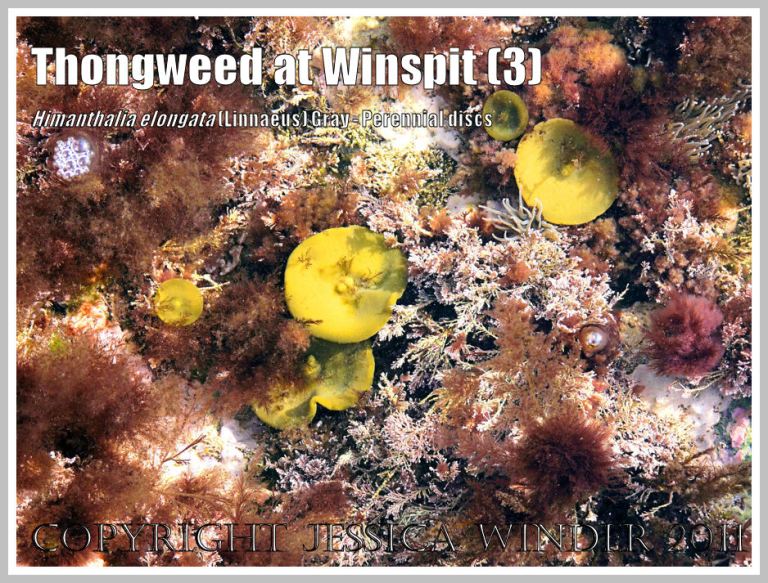 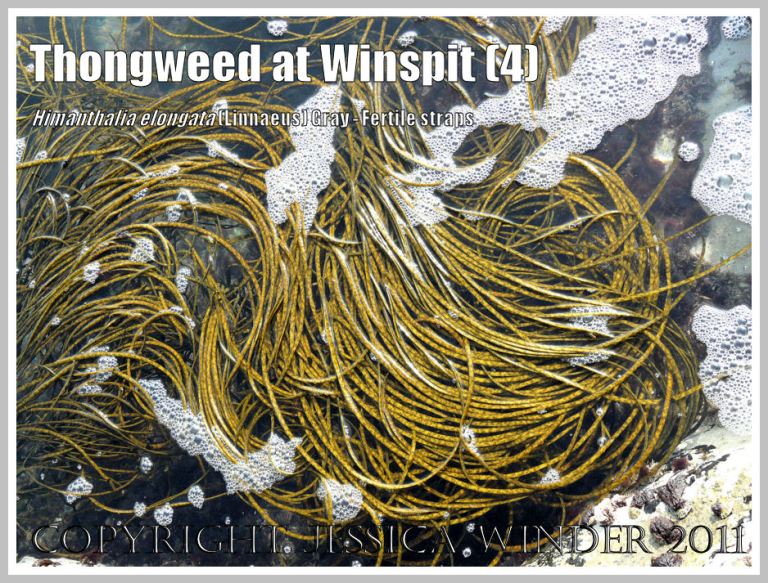 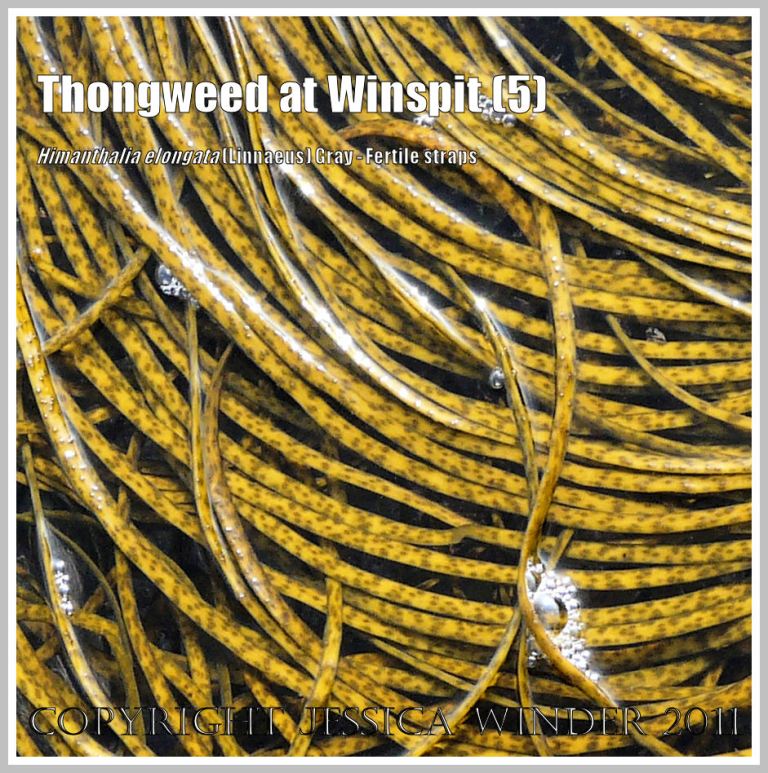