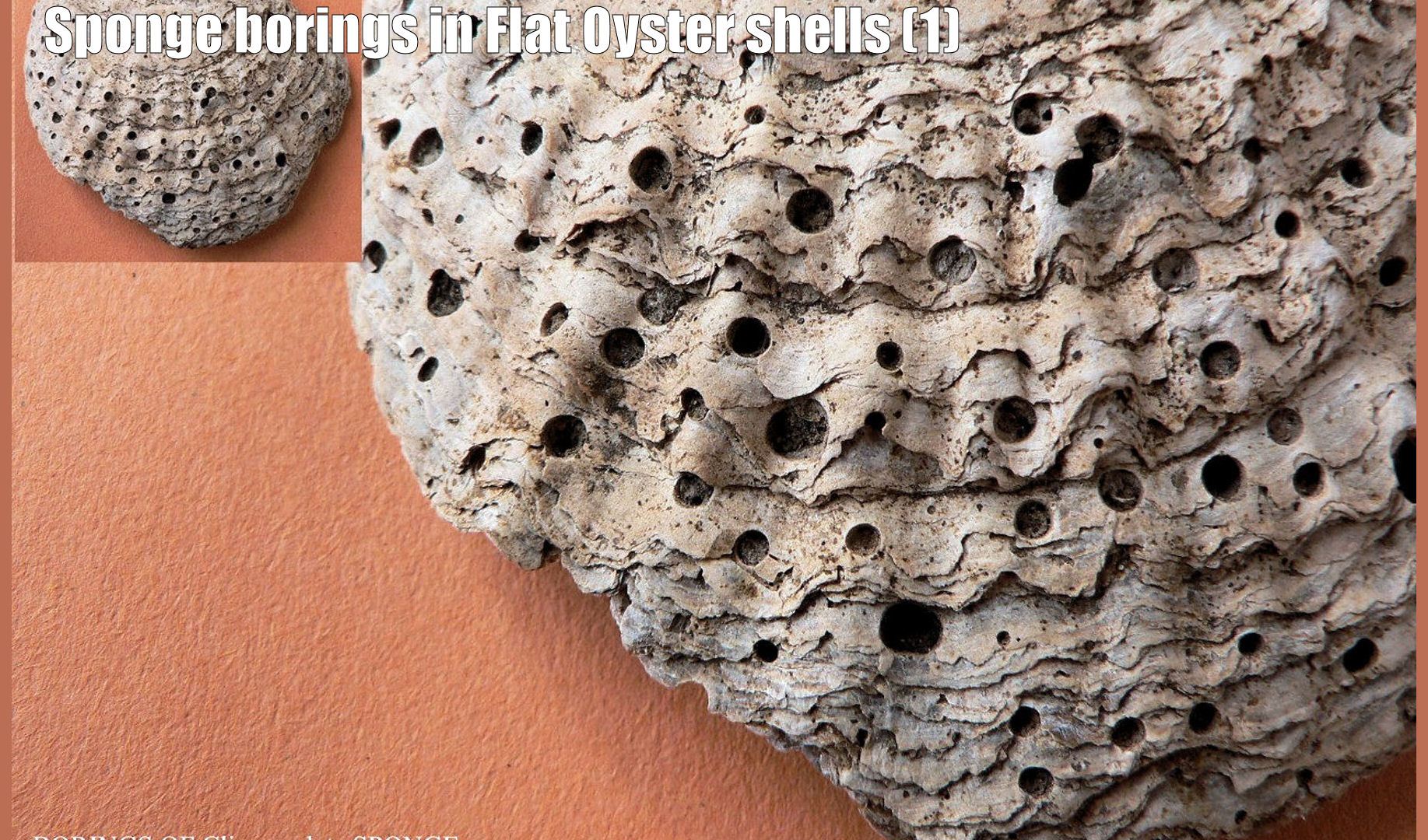 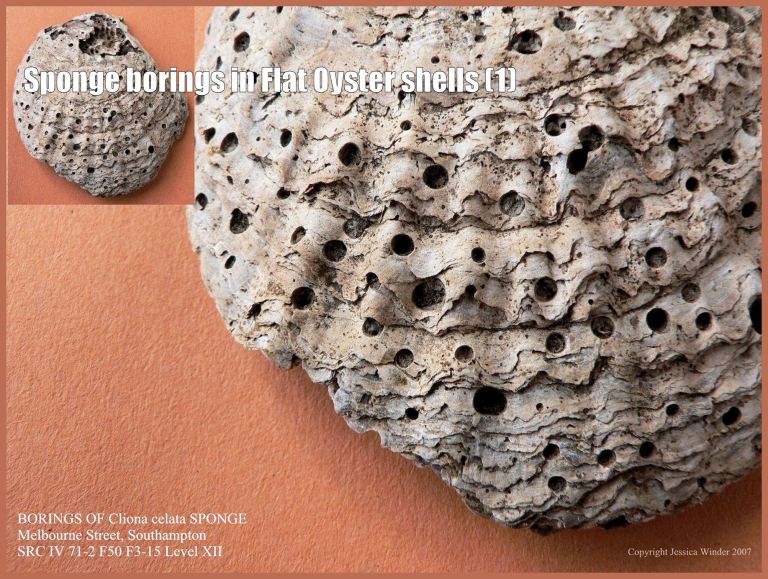 Sponges are another type of marine organism which can be responsible for making holes in the shells of molluscs and in limestone or chalk rocks and pebbles. In earlier posts, the holes made by other sea creatures such as boring bivalved molluscs, and marine polychaete tube worms have been discussed.

The type of sponge that most frequently creates holes and burrows is Cliona celata Grant. The kind of damage caused by this sponge is found in a great variety of mollusc species but is shown here in ancient European Flat Oyster (Ostrea edulis L.)  shells that have been discovered during archaeological excavations (see the photograph above); and also in modern oysters (see the photographs below). The sponge can infest the shells during the life of and after the death of the mollusc. 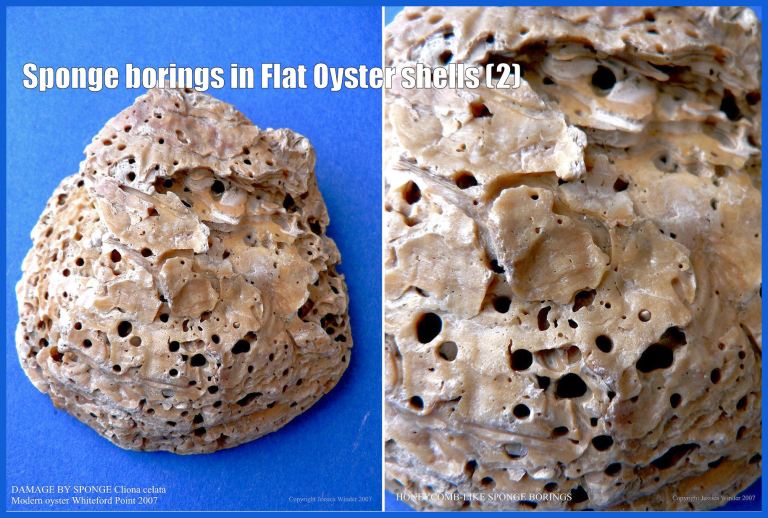 Initially, the sponge finds shelter among the frilly growth shoots and crevices of the oyster shell. In common with the borings of the Polydora worms, it is thought that the acidic metabolic waste products of the organism gradually dissolve the shell to create spaces within the shell matrix to accommodate further growth of the sponge. In shells affected by Cliona, neat round holes perforate the surface. To begin with, there may be only a few holes. Some of them may be very small. As the sponge increases its hold on the shell, the holes and borings link up to form an internal network of galleries that resembles honeycomb – not so much like the regular shaped honeycomb cells that bees make, more like the sweet confections with lots of bubbles in them. 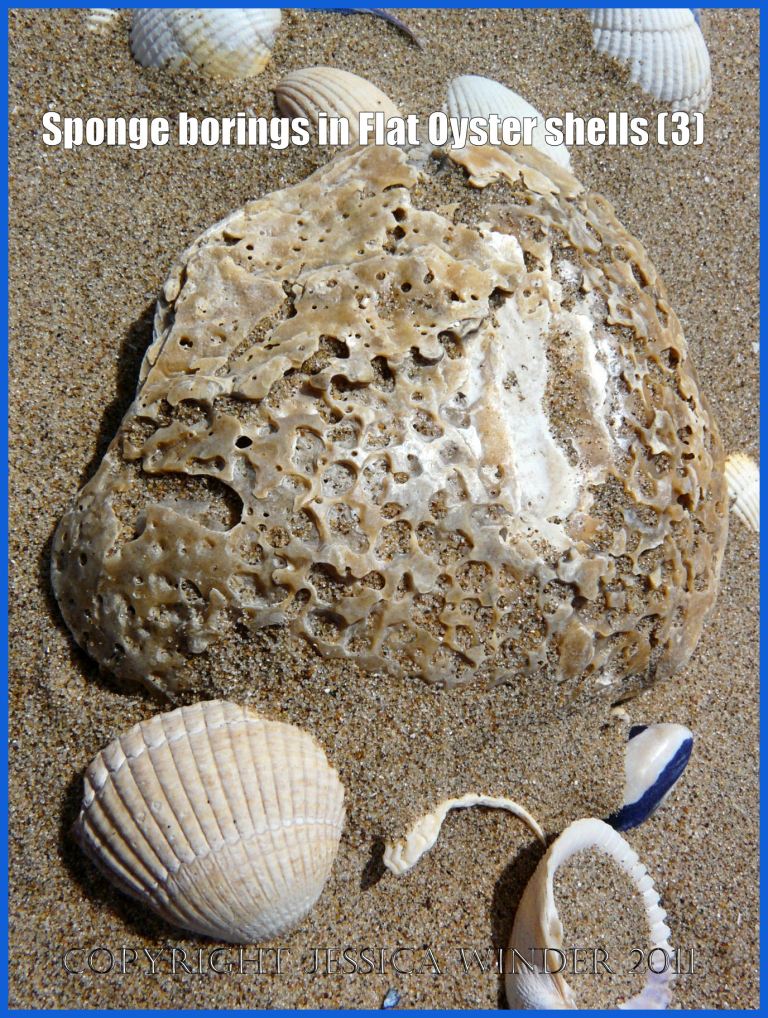 In life, the sponge is usually only visible as small soft yellow pustules over the surface of the shell. The sponge sucks water inwards through minute pores called ostia. Water exits from the sponge via excurrent apertures or oscula. The ostia or oscula are found on circular papillae about 3 mm in diameter that protrude through regular round holes in the shell and maintain contact between the sponge body sheltering in the shell (or stone) and the outer watery world from which it derives sustenance. 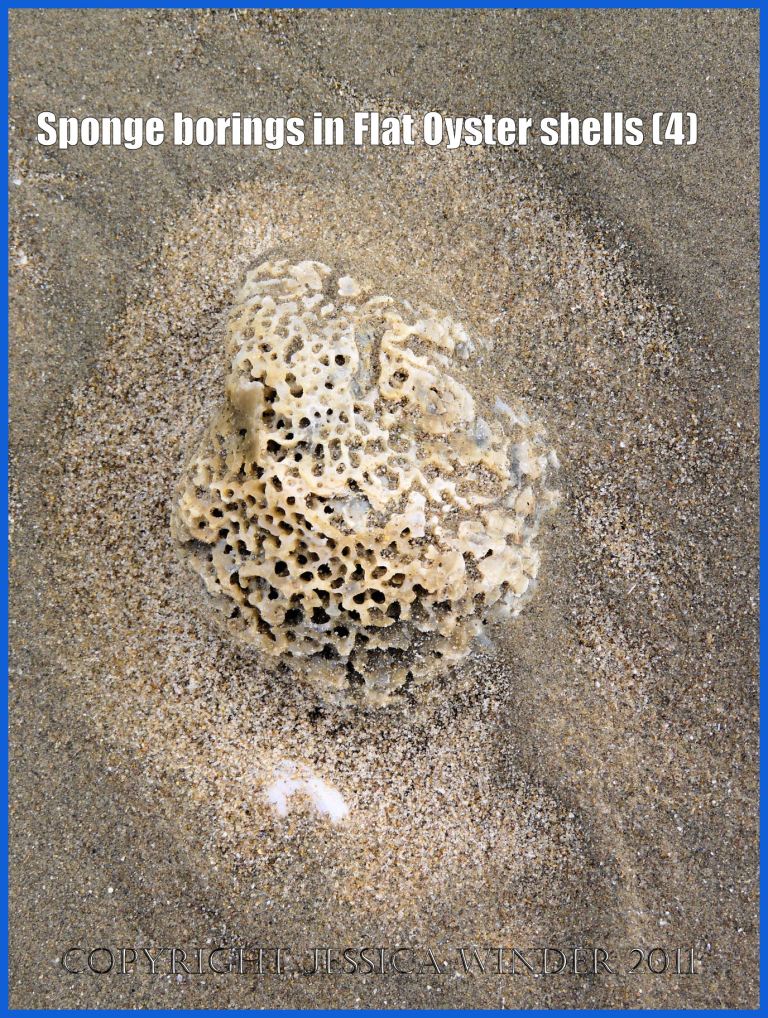 In the oyster trade of days gone by, oysters heavily infested by sponge were known as ‘rotten backs’. This was because the shells broke very easily. This could happen during handling, packing, and transport. An oyster with a broken shell would lose its liquor and would not keep fresh. The shell might also shatter when a knife was inserted between the valves to open the oyster. An oyster could not be served on a broken shell at table. Also, once out of water, the sponge would die and start to decompose within the shell. It would smell bad. So, ‘rotten back’ oysters would frequently be discarded. 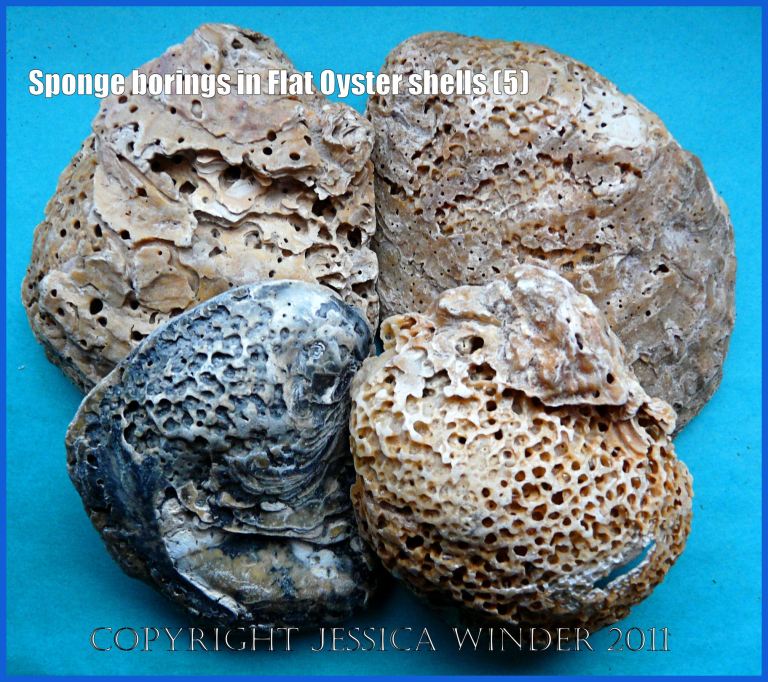