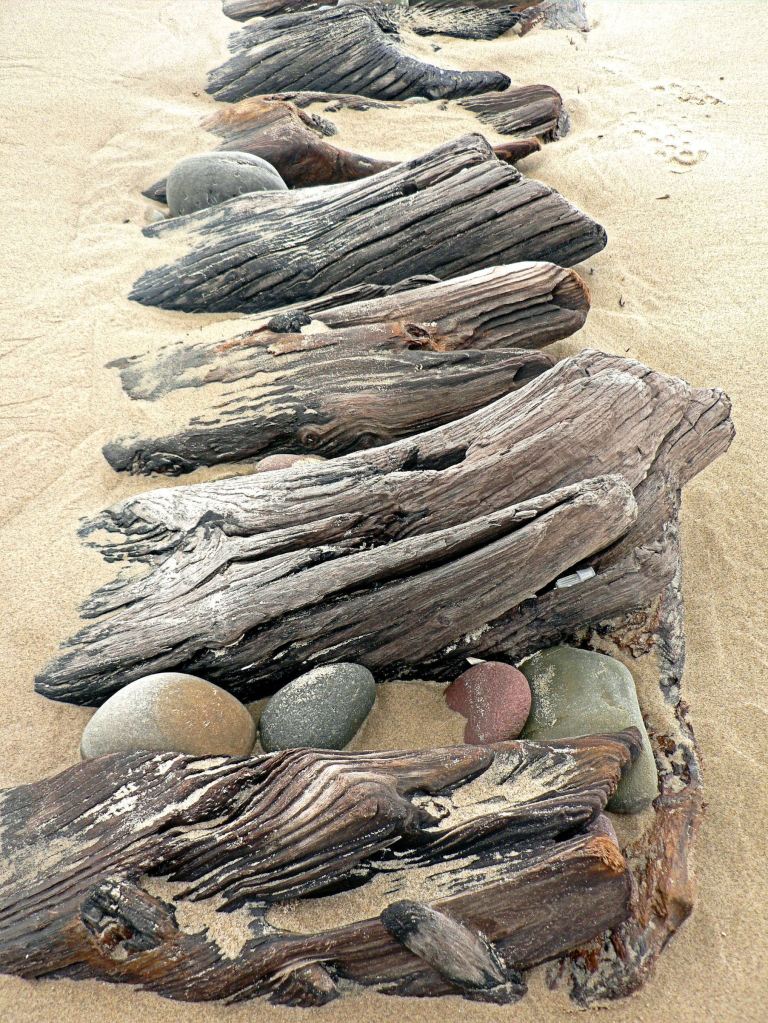 Once in a while, an old and un-named shipwreck mysteriously appears and disappears on the shore at Rhossili Bay. Its outline can be traced by the stumpy wooden ribs projecting from the sand. If the sediments shift enough, you can see where the ribs attach to the keel, and just make out some planking nailed to the outer surface of the ribs.

Wooden pegs from the original construction still remain in places, fixing one grainy timber to another. In other parts, orange stains in the slowly rotting wood show where iron nails were later used in repairs. Smooth rounded pebbles in subtle shades of blue, grey, green and pink, rest on this skeleton or are firmly wedged between the ribs.

The whole structure creates an intriguing design of contrasts: with timbers sometimes parallel and sometimes at different angles to each other; the linear ribs, planks and keel against the rounded stones; rough wood against smooth rock and sand; and the tans, browns and beiges of the ship against the yellow sand and multi-coloured pastel pebbles.

This post was originally published 30th September 2009 and is re-blogged now because the wreck has reappeared again after many years of burial as shown in the post of 16th May 2014. 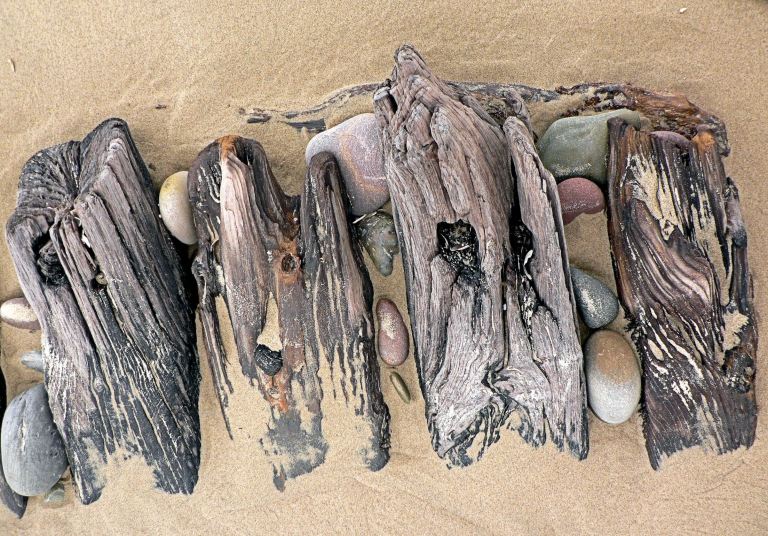 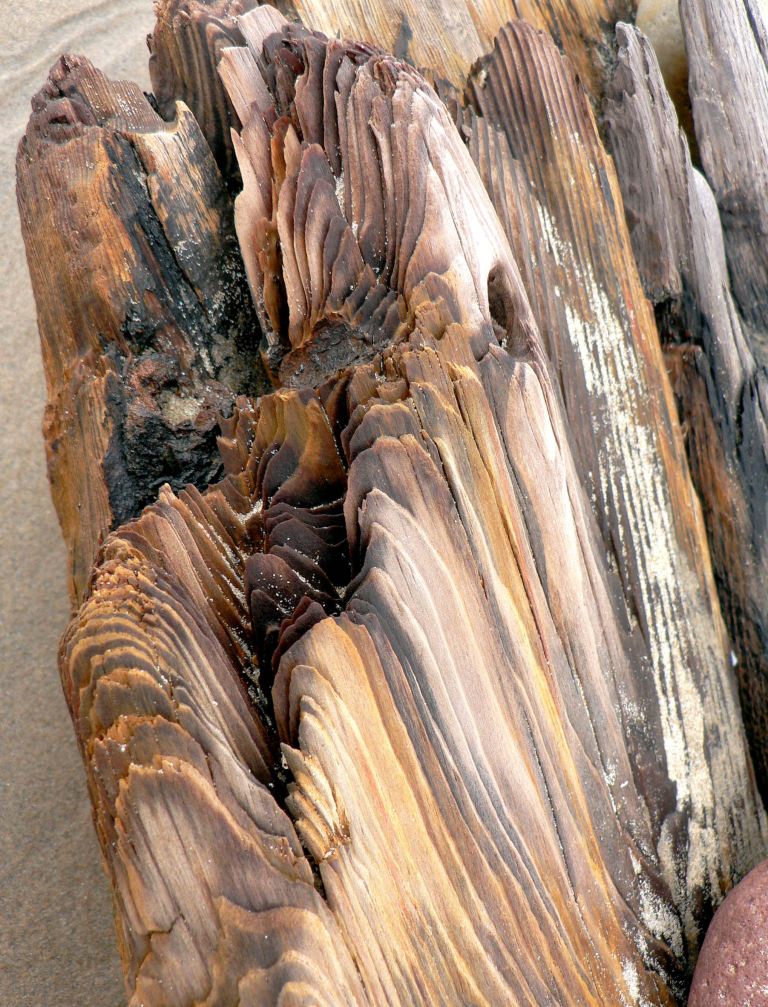