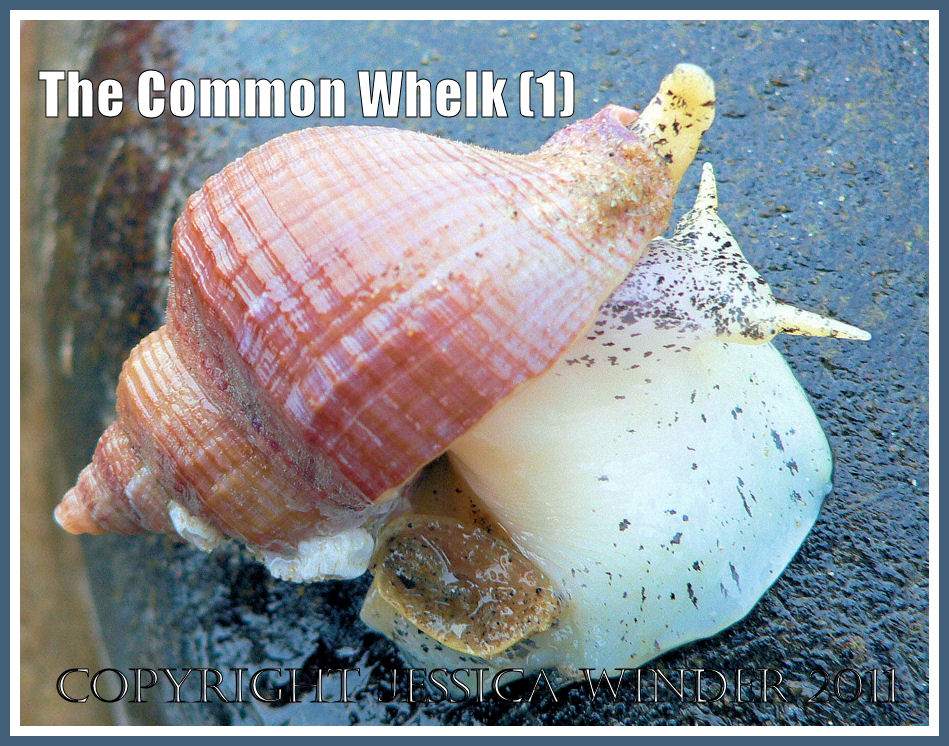 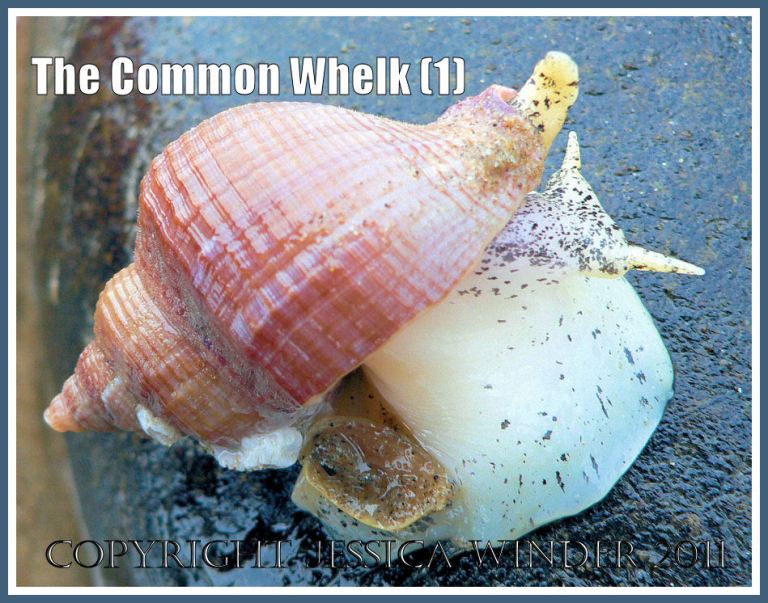 Until a couple of years ago, the only place where I had seen the meaty part of a Common Whelk was at the fishmongers. I had no idea that the living animal could be such a lovely creature. The specimen at the top of this post unexpectedly had a beautiful pink shell. Its living flesh was white with black irregular speckles – particularly concentrated at the head end. You can see the two horns or cephalic tentacles sticking out on each side of the head. 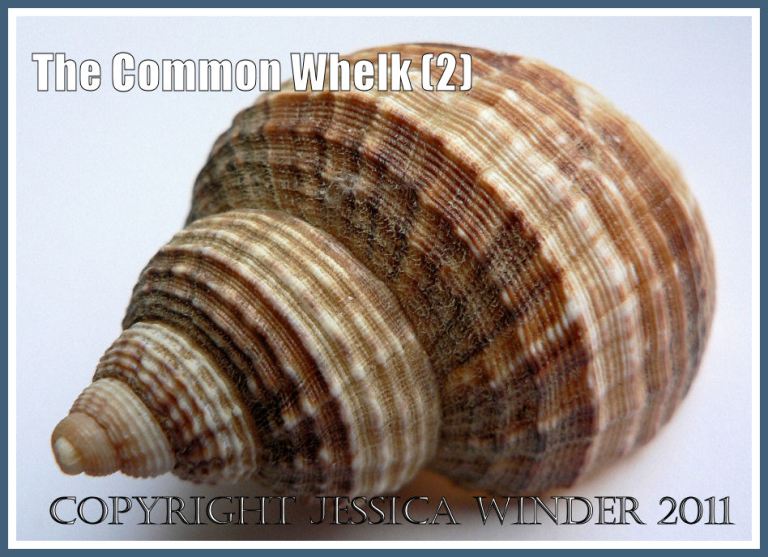 Mostly, in the past, I have just found the empty shells on the beach. The colour can be quite variable. The close-up photograph above shows a fairly typical brown and cream coloured shell and it is possible to see some details of the shape and sculpturing of the shell. At a later date I will provide some specific details of how to accurately identify the shell. I will also talk a bit about the life history of the Common Whelk.

The picture below shows a group of empty shells in various colours from cream and white, to orange and a dark blue/black. These were found on Whiteford Sands in Gower. 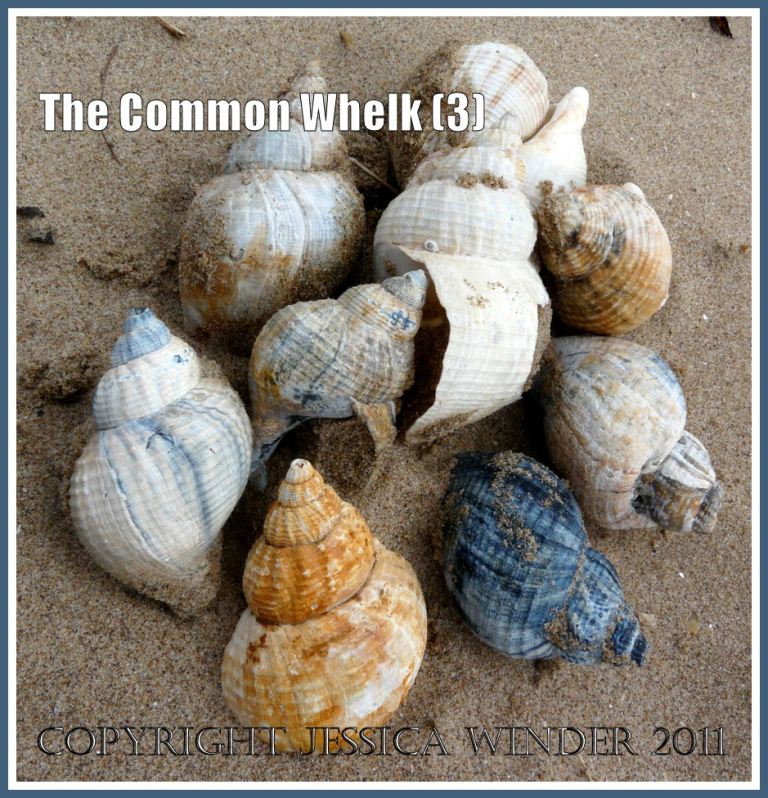