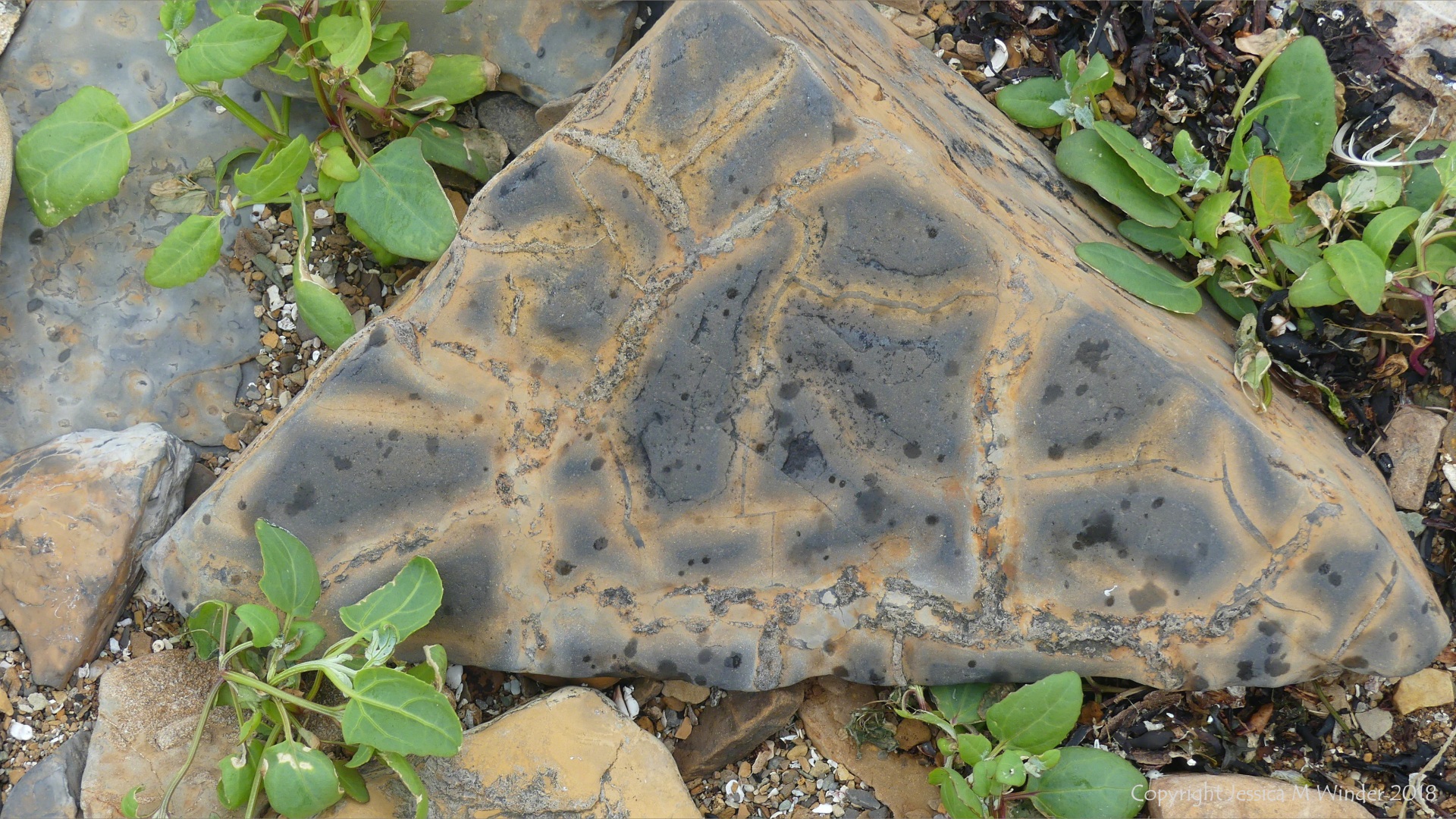 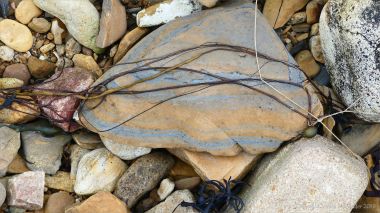 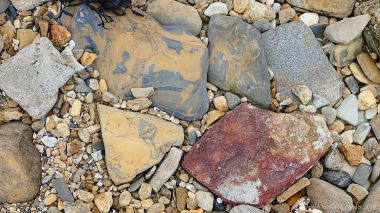 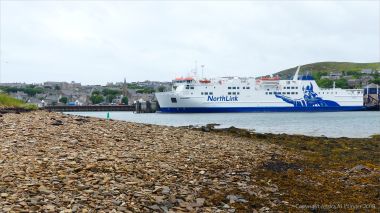 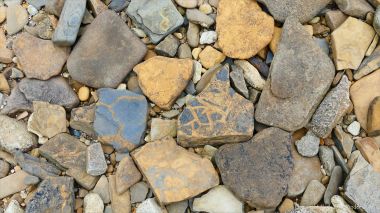 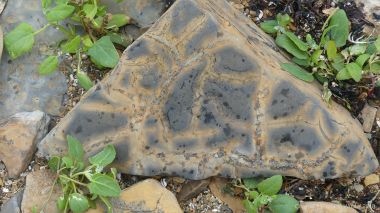 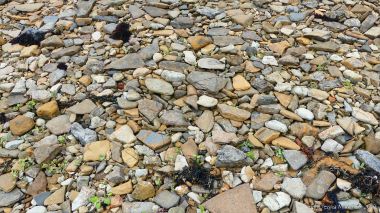 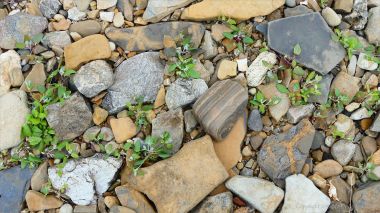 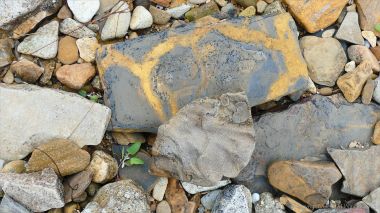 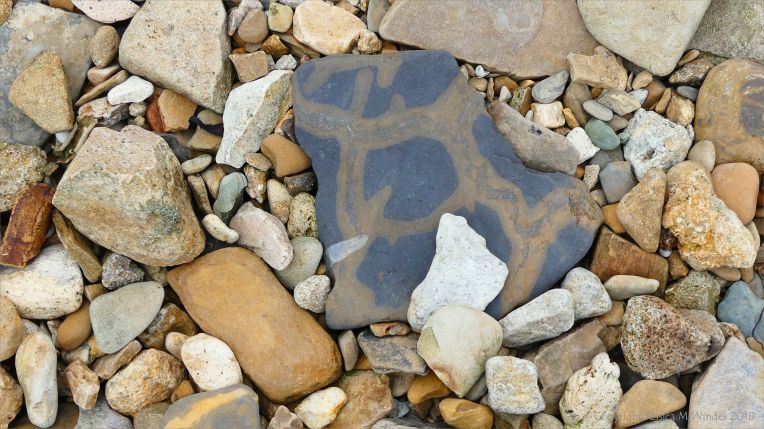 Hamnavoe is the inner part of the inlet at Stromness in Orkney, from which the Northlink ferry of the same name sails to Scrabster on the north coast of mainland Scotland. The shore on the east side, opposite the town itself, is made up of flattened beach stones which can be seen wherever the blanketing seaweed allows, They are mostly Devonian rocks including the local Lower Stromness Flagstones, many of which have interesting patterns which are thought to be infilled ancient mud cracks. The flagstones originated on the bed of a vast freshwater expanse called Lake Orcadie. and when the lake bed sediments were temporarily revealed by lower water levels, they dried out and cracked in characteristic patterns. The crevices were later filled up with new fine sediments that accumulated when the water levels rose again. It is these natural patterns that are preserved in the rocks we see today.

7 Replies to “Beach Stones at Hamnavoe”