Much of the damage sustained by Flat Oyster shells (Ostrea edulis Linnaeus) in life or after, in recent or archaeological specimens, is the result of infestation by worms. Mudtube-dwelling marine polychaete worms such as Polydora ciliata (Johnston) are adept at utilising the nooks and crannies in shells, as well as in rocks and encrusting calcareous algae, for shelter.

The Polydora worms belong to the Family Spionidae which is part of the Class Polychaeta – the Bristleworms. All the species in this group make a u-shaped tube from small particles – usually of mud. The worm insinuates itself and its tube into small crevices in such a way that the two open ends of the u-shape tube open outwards to the seawater. In life, the worm sticks out two long palps which it agitates enthusiastically.

Acidic metabolic by-products from the worm gradually dissolve the shell or stone in which the worm is sheltering. In time this process etches a u-shaped burrow in the hard substrate. These small burrows can be found anywhere over the external surface of the living oyster shell. The presence of the worms and their tunnels does not usually affect the health of the oyster but they can disfigure the shell. In trade terms this means that the oyster cannot be served in its shell in restaurants.

There is a lot more to say on the subject of worm tubes and oysters but I’ll leave that to another day. 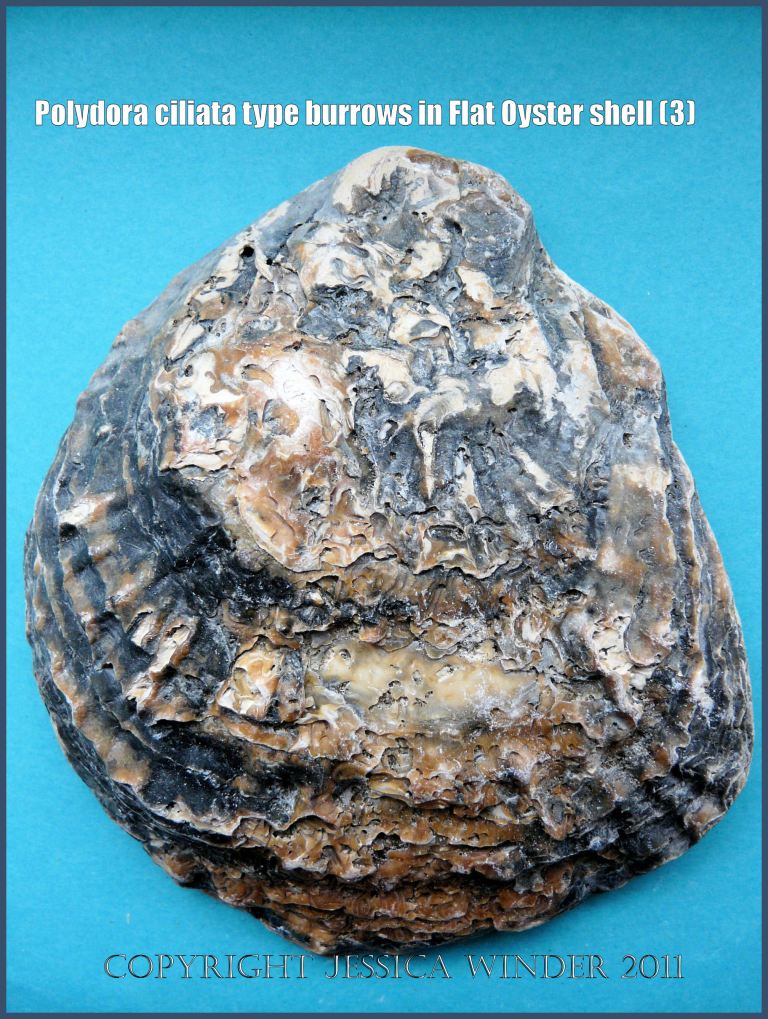